The concept of toxic masculinity is used in academic and media discussions of masculinity to refer to certain cultural norms that are associated with harm to society and men themselves. Traditional stereotypes of men as socially dominant, along with related traits such as misogyny and homophobia, can be considered “toxic” due in part to their promotion of violence, including sexual assault and domestic violence. The socialization of boys in patriarchal societies often normalizes violence, such as in the saying “boys will be boys” about bullying and aggression.

Self-reliance and emotional repression are correlated with increased psychological problems in men such as depression, increased stress, and substance use disorders. Toxic masculine traits are characteristic of the unspoken code of behavior among men in prisons, where they exist in part as a response to the harsh conditions of prison life.

Other traditionally masculine traits such as devotion to work, pride in excelling at sports, and providing for one’s family, are not considered to be “toxic”. The concept was originally used by authors associated with the mythopoetic men’s movement such as Shepherd Bliss to contrast stereotypical notions of masculinity with a “real” or “deep” masculinity that they say men have lost touch within modern society. Critics of the term argue that its meaning incorrectly implies that gender-related issues are caused by inherent male traits.

The concept of toxic masculinity, or certain formulations of it, has been criticized by some conservatives as an undue condemnation of traditional masculinity, and by some feminists as an essentialist concept that ignores the role of choice and context in causing harmful behaviors and attitudes related to masculinity.

At a seminar where we discuss the actions of fathers, trauma on children and child neglect we undertook some exercises to take positive steps in the right direction. 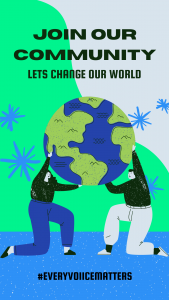